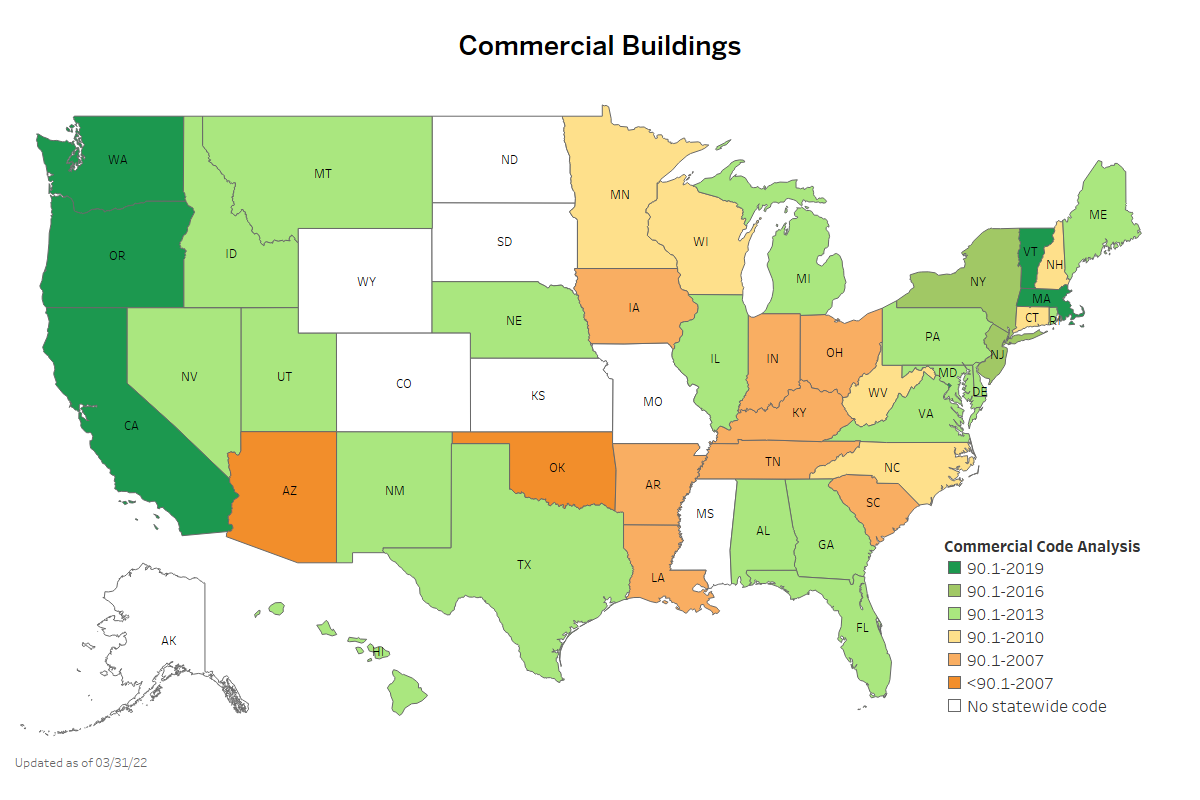 *A review of the codes in place in jurisdictions across the state indicates that 86% (Hawaii) and 82% (Arizona) of the population is covered by codes at this level.

**The Washington State Energy Code is based on the 2018 IECC but with significant amendments.

^ When an amendment impacting energy efficiency can be quantified using DOE Prototype Building Models, they were captured in the analysis.

The commercial state-level results behind the adoption status maps are available.